Today, on almost every personal plot, you can find cherry plantings. When growing a fruit tree, gardeners are faced with the problem of the formation of numerous shoots, which causes inconvenience for gardening and takes away the strength and nutrients from the fruiting plant. To solve the problem, it is enough to know about the peculiarities of their formation and how you can get rid of the cherry overgrowth.

Description of the undergrowth

Shoot is a young shoot that forms on the adventitious or lateral roots of the cherry. The problem of expanding territories with overgrown processes is not only aesthetic in nature, but brings practical harm. If you do not fight the emergence of overgrowth, then it is able to displace not only the parent tree, but also other types of fruit crops.

The peculiarity of the growth of young shoots is that the young shoot provides itself with nutrition at the expense of the parent tree, thereby making it weaker. A significant amount of overgrowth negatively affects the growth, fruiting of cherries and, in the absence of timely measures, can cause the death of the tree.

Most cherry varieties tend to form young shoots. On a grafted tree, such shoots have no value, since it is impossible to grow a full-fledged tree from them, and a wild game will grow from them.

It is not worth expecting the growth of a full-fledged fruiting plant from Robinovka, Molodezhnaya and Rastorguevskaya cherries.

Own-rooted varieties are able to form cherry shoots, with which you can propagate plantings. These include varieties: 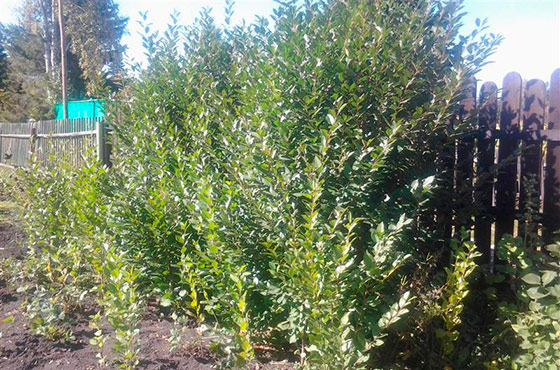 There are a limited number of fruit tree species that do not have the ability to form new shoots. A significant part of them are grafted on the seed stock of Vladimir cherry or Shubinka. The varieties that do not give rise to cherry growth include bush plants:

In connection with such features, when buying a tree, you should check with the sellers about the characteristics of a particular variety and purchase seedlings only in specialized nurseries.

Overgrowth formation is often the first signal of cherry health problems. With the large formation of new shoots, the tree strives to continue its life span as quickly as possible. There may be many reasons for this situation, but they are all associated with a violation of the rules for planting or caring for a plant. 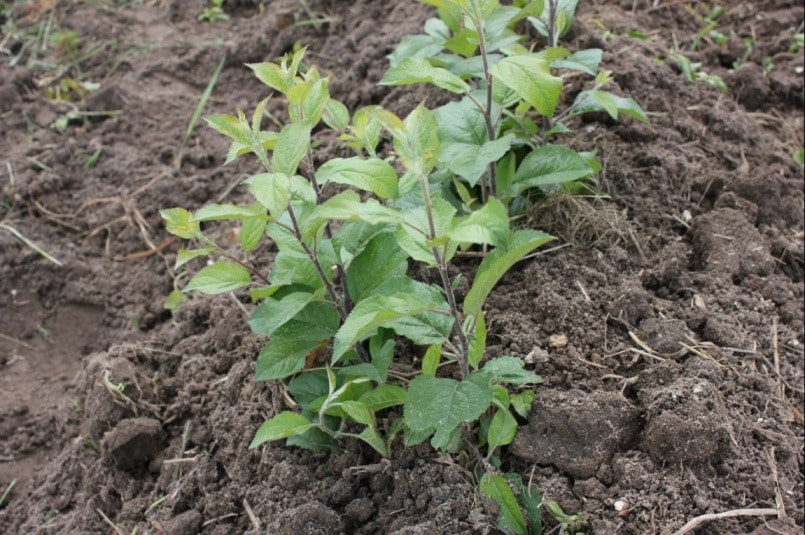 The main ones include: 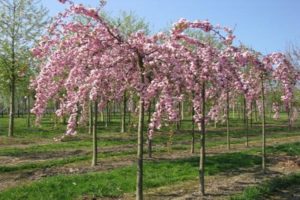 By eliminating the main causes of overgrowth, you can reduce the tree's ability to form them. In this case, young shoots must be removed correctly, otherwise the situation can be aggravated, and they will begin to form at an even greater speed. 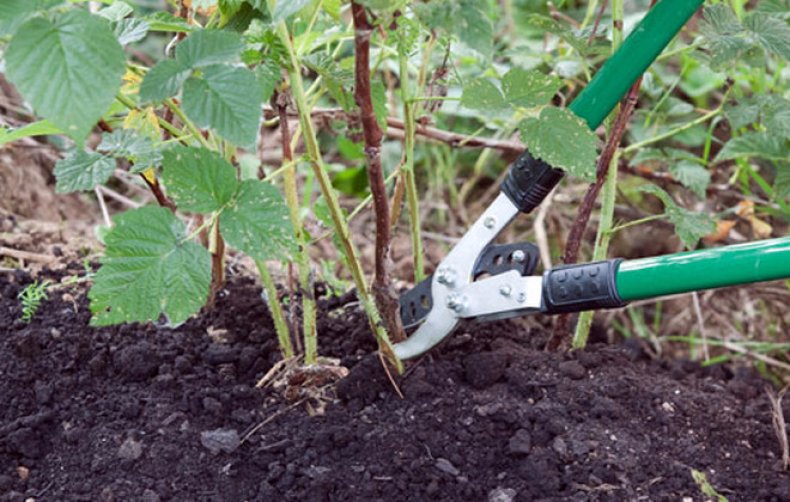 Low temperatures can cause root damage. In extreme heat, the soil cracks, and the roots can also suffer. Shoots often appear on the affected area. To exclude such a situation, a tree shelter is formed in the winter. In hot weather, the roots of cherries are protected by hay, which allows moisture to remain in the ground for a longer period.

In some cases, young shoots do not grow on the ground, but are formed below the grafting area. An alien branch may even begin to bear fruit, but its characteristics and appearance will differ from the parent. Such shoots are removed, and with their significant ingrowth, they are pruned in the spring and re-grafted with another variety. 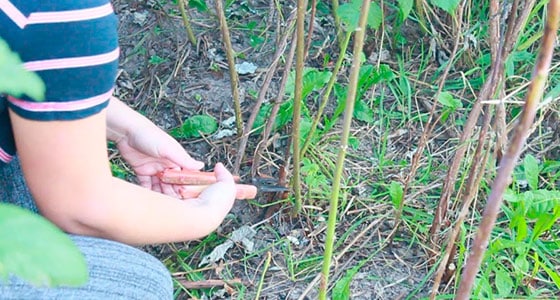 Unique varieties of cherries can be quite expensive, so not everyone can afford to acquire a unique look. The formation of shoots in varietal cherry species allows the plant to propagate, while not requiring financial costs from the gardener. At the same time, there are no restrictions on the territory for increasing plantings, and planting and caring for a young seedling from such specimens will be standard.

Today there are two main methods of dealing with cherry overgrowth. The first involves mechanical action and is often used by Russian gardeners. The second is associated with the use of chemicals from the group of herbicides. Both options for removing overgrowth have both supporters and opponents. 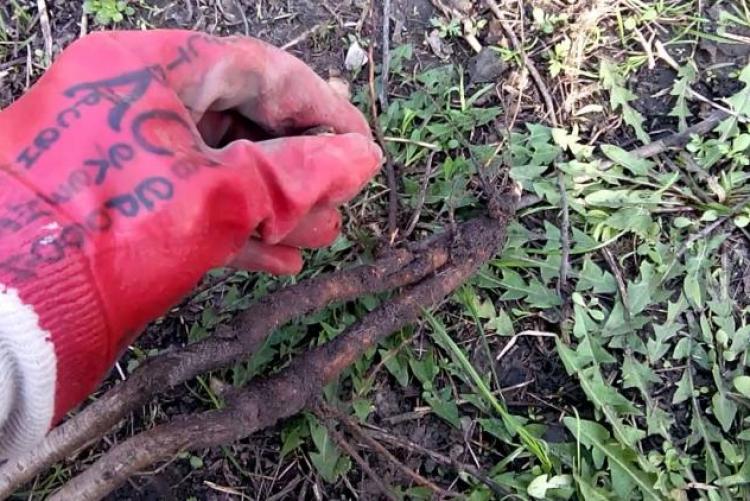 Many gardeners, trying to get rid of cherry sprouts, make the mistake of digging up young shoots. With such actions, the replacement program is launched, which is characteristic of all coppice trees. At the site of the excavated shoot, 3 or 4 new ones grow, as a result, after a couple of years, the shoots literally fill the territory.

As a result, despite numerous efforts and time spent, gardeners get a garden overgrown with cherry bushes, while numerous new cherry shoots negatively affect the growth and fruiting of not only the parent tree, but also other fruit crops.

If it is necessary to remove the growth, it is required to cut out a part of the shoot with a pruner, cutting off its main part and leaving an area of ​​20 cm from ground level. At the same time, the formation of roots and new processes will stop. At the same time, the cherry will redirect the forces in full to fruiting, and the tree will stop multiplying by shoots. 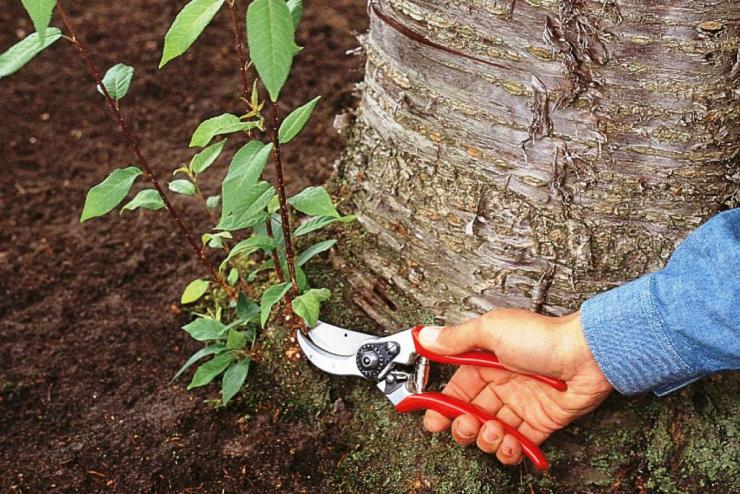 You can get rid of shoots with the help of drugs from the group of herbicides, but a significant part of gardeners advises to abandon this option.At first glance, removing the growth with the help of chemistry can be simple and quick, it is enough to spray, and the young shoots of the cherry tree die. In this case, one should take into account the fact that the shoots and the parent tree are inextricably linked, therefore, through common juices, the risk of getting and its infection is possible. 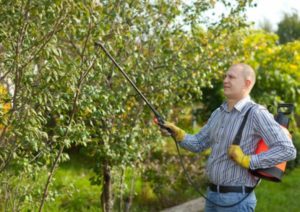 How to care for cherries in summer, fall and spring after harvest

To control cherry growth, general herbicides are used. Such preparations are capable of destroying all plants, therefore their use requires special preparation and strict adherence to the rules of use. 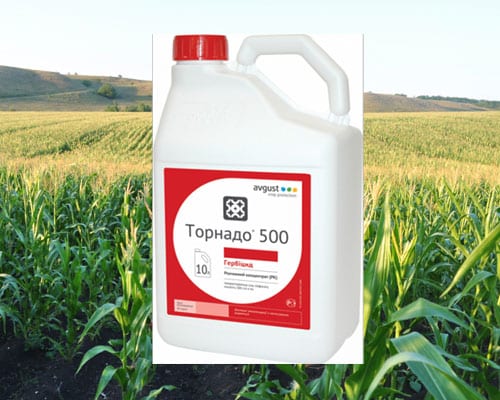 The following types of herbicides are often used:

You can remove overgrowth with drugs on stumps. The product is diluted according to the instructions, for most of them the recommended dilution ratio with water is 1 to 3. Before use, several small holes are drilled in the stump with your own hands, into which the mixture is poured. Polyethylene is placed on top, which will avoid the problem of splashing the drug during rain. In this state, the stump is left, depending on the size, for 2 or 3 weeks. After that, the sequence of herbicide treatment is repeated. As a result of such actions, the stump will decompose more quickly, so it will be easier to uproot it. 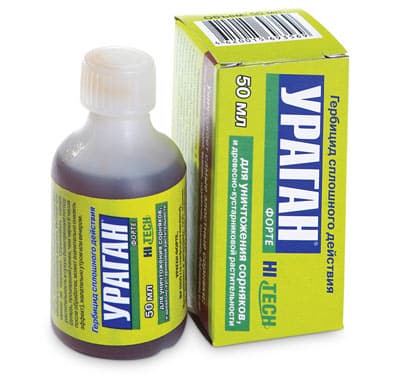 Some gardeners, when buying an old plot with perennial plantings, resort to the method of completely digging up the territory to form new plantings in the future. This method is cardinal, but quite expensive and often impossible due to the peculiarities of the organization of personal plots and nearby structures.

Measures to prevent overgrowth should be considered before planting cherries, which will further facilitate gardening work. The fruit tree forms shoots only on the processes of the bark system, located no deeper than 40 cm. In this regard, it is enough to dig a growth restrictor into the ground so that in the future the problem of overgrowth formation does not bother. The following are often used as a barrier:

To form a barrier, the material is dug in in a circle to a depth of 50 cm at a distance of 1-1.5 m from the cherry. The formation of shoots will be observed for some time only at the trunk, they must be cut off with a pruner. Even if individual shoots manage to germinate through the barrier, the scale of the disaster will therefore be much smaller. To reduce the formation of cherry overgrowth, mulch from plant materials will help, which is placed around the tree in a layer of 20 cm. The overgrowth can also germinate from the seeds of fallen cherry fruits. To prevent this possibility, you should harvest in a timely manner, and in case of falling berries, they should be picked in a timely manner.

How to properly grow cherries in the garden, the choice of seedlings and places, care
To read

Characteristics and description of the early Shpanka cherry cultivar, pollinators and varieties
To read

The best varieties of self-fertile and undersized cherries for the Moscow region, planting and care
To read

Description description of the best varieties of Siberian cherry, planting and care in the open field
To read

How to properly prune cherries in spring, summer and autumn to have a good harvest
To read

Description of varieties of felt cherries, planting and care, propagation by cuttings and pruning
To read
There are no reviews, be the first to leave it
Leave your review
Click here to cancel reply.
0
612
5
5,00 out of 5
Lunar sowing calendar
For gardeners and gardeners for 2020
Look
Popular records 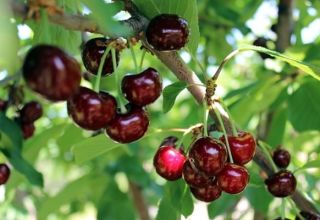 Description of the hybrid Miracle cherry and its pollinators, planting and care features
Sweet cherries with juicy, sweet berries are thermophilic. Cherries are more cold-resistant, give ...
0
531
15 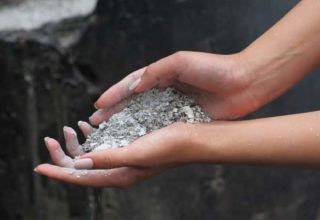 How to feed cherries during fruit ripening and after harvesting in summer, spring and autumn
Various varieties of cherries are planted not only in the south, but also ...
0
356
15 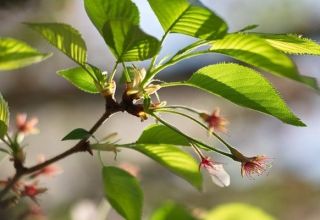 Frequent reasons why cherries do not bear fruit, what to do with it and control measures
Cherry is a popular plant among summer residents and simply fruit lovers ....
0
356
10 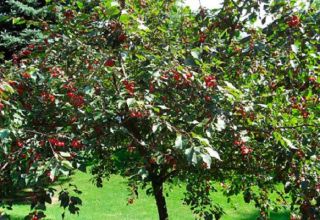 What can be planted next to a cherry in the garden, compatibility with other plants and the right neighborhood
In order for all fruit trees in the garden to bring good ...
0
732
10
Right now watching 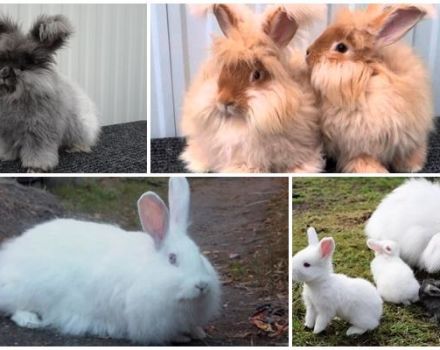 Popular breeds of downy rabbits, rules for their maintenance and care
To obtain high-quality textiles, felt, knitwear, along with angora, cashmere ...
TOP 10 recipes for making orange juice for the winter at home

Characteristics and description of the Kibo tomato variety, its yield
Why do potato leaves curl, what to do and how to treat it?
﻿